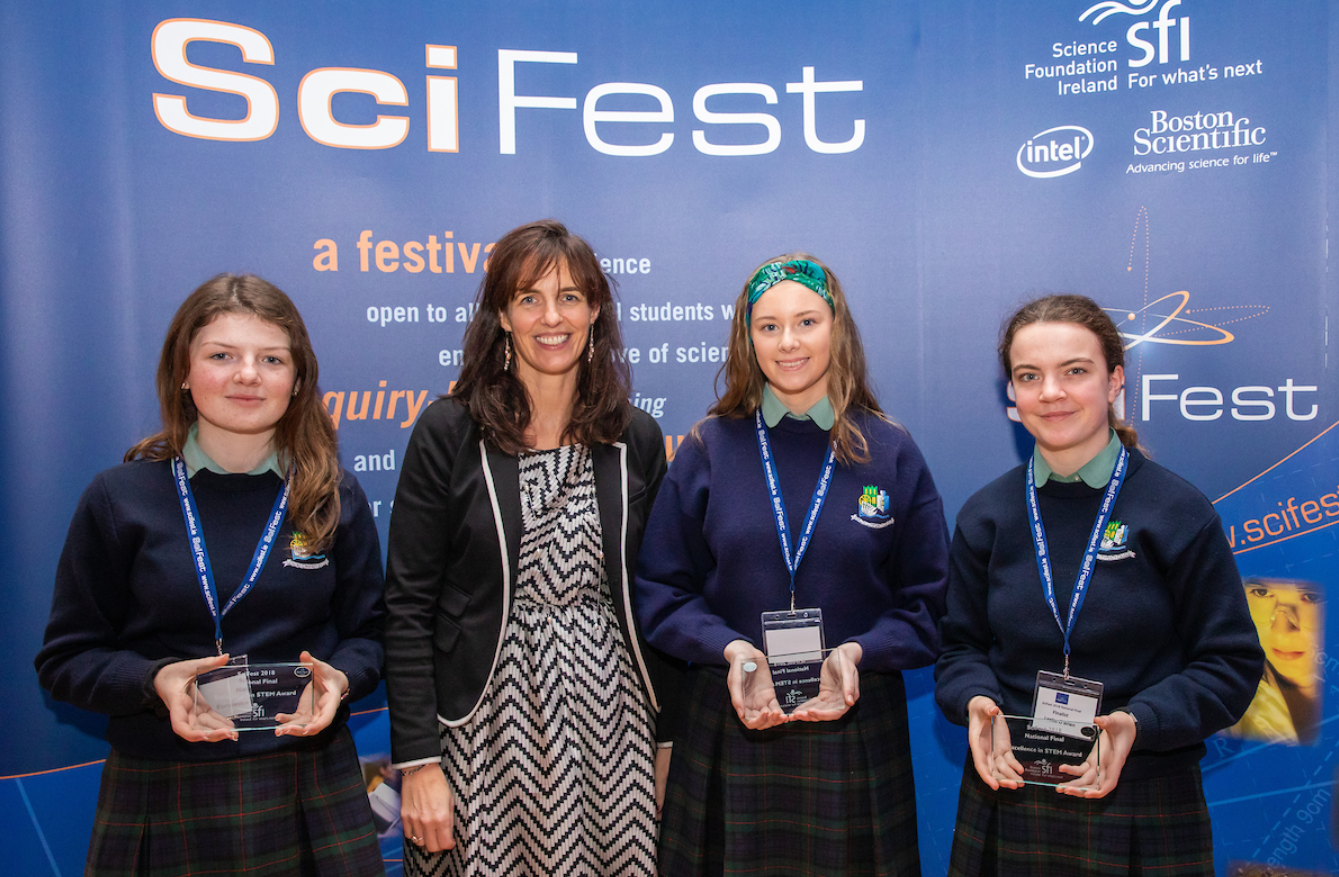 On Friday, April 12th, more than 400 secondary school students from across the Midlands will showcase their skills in Science, Technology, Engineering and Maths at SciFest@Athlone Institute of Technology – Ireland’s largest regional SciFest fair. The all-inclusive science fair gives students of all abilities and backgrounds the opportunity to develop their critical thinking, problem solving, research and presentation skills and helps engender an interest in science, technology, engineering and maths subjects with the aim of encouraging future matriculation into STEM degrees and, ultimately, careers.

This year, judges will assess more than 194 science projects at junior, intermediate and senior level from 24 secondary schools. As in previous years, participating students will present on a wide array of topics, including the virtuosity of veganism and the effect of carbon dioxide on our diets, a super solution for superbugs and how colour can affect our learning.

“As always, the projects entered by the participating students are impressive, engaging and thought-provoking. Their passion for science, technology, engineering and maths is demonstrable by the calibre of research undertaken,” Dr Noreen Morris, Athlone Institute of Technology SciFest co-ordinator, said. “As the sole higher education provider in the Midlands, Athlone Institute of Technology plays a pivotal role in the development of the region and continuing to supply industry with a talent pipeline of suitably qualified, work ready graduates. SciFest, and school outreach activities like it, play a hugely important role in helping cultivate the next generation of scientists, engineers and mathematicians.”

Last year, a trio of students from Co. Westmeath received an ‘Excellence in STEM’ award for their investigation into Irish air quality of air at the SciFest National Final. Juliette McGrane, Laoise O’Brien and Rebecca Campion, all from Athlone Community College, tested the belief that the quality of air deteriorates as it travels across Ireland from the south-west to the northeast due to Ireland’s southwesterly prevailing winds. The young scientists discovered that there was an increase in nitrogen tolerant lichen and a decrease in nitrogen sensitive lichen as they moved north-west across the country. They concluded that while country air found in Ireland is not heavily polluted, the air quality does deteriorate as it crosses the country.

Commenting ahead of the event, Sheila Porter, SciFest Founder and CEO, said: “Since SciFest’s inception in 2008, more than 65,000 students have participated in the programme nationally. I expect 2019 will be another stellar year for projects in science, technology, engineering and maths. SciFest gives students an excellent opportunity to develop their interest in STEM and inquiry-based approaches to learning, while developing their creative and problem-solving skills and learning to work in a team.”

Supported by Ireland’s technological higher education sector, the all-inclusive, all-island science competition is funded primarily by Science Foundation Ireland, Intel, Boston Scientific and Specsavers. This year will see the introduction of Specsavers’ ‘Making a Difference’ award and the Institute of Physics in Ireland award for the best physics project.

Richard O’Sullivan, Research and Development Director at Boston Scientific, added: “SciFest is a celebration of all things science, technology and engineering. This competition allows the students to put their knowledge in these areas to the test and we are so happy to support a programme that encourages students to push boundaries in the classroom.”

Characterised by a commitment to academic excellence, Athlone Institute of Technology is Ireland’s leading higher education institute and an institute of firsts –first for research across the technological higher education landscape, first to receive Academy of Pharmaceutical Science (APS) accreditation in Ireland, and first for ISSE student satisfaction nationally. The institute was awarded Sunday Times Institute of Technology of the Year 2018 and Runner up in 2017.